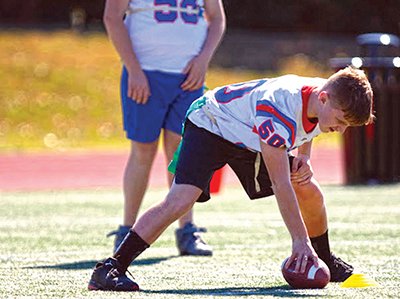 According to an article by NFL.com, the biggest logistical problems facing the sport of American Football being included in the Olympics are very similar to that of Rugby. With the large numbers of participants on each team, the “gender equality” formats where both men and women participate in every sport, and the compressed 3 week schedule that would be tough with a more physical game like football and rugby. Furthermore for American Football, the barrier to entry is high due to it’s cost to equip all players with pads and gear, and therefor has also been slow to adopt in many foreign countries, especially of the poorer variety.

Knowing all this, it’s hard to see how either sport would be a good fit for the Summer Olympics. Rugby is a lot like Soccer in that very little is needed to play the sport in terms of gear and practice at it’s base level, and has a much larger international following. This among other reasons has recently allowed Rugby to be cleared for the Olympics starting in 2016 by changing the traditional style to a less traditional “sevens” format which is faster paced with less people, which could help carve a similar path for American Football, or flag football more specifically.

Even more and more high school, college and pro teams are starting to reduce the number of contact practices, still sporting the likes of soft-padded headgear and shoulder pads for added protection. But what if we could limit the contact players see before high school and middle school while also addressing some of the concerns for the sport related to it being fully accepted into the Olympics?There’s a lot of talk recently revolving around the safety of tackle football, and not just in the NFL where concussions are a major concern. Starting as far back as the youth football level, recent evidence has surfaced supporting the idea that even short of a concussion, repeated head impacts and collision can manifest in similar brain injuries later in life for kids tested between the ages of 8-13. Many researchers are suggesting kids shouldn’t be playing football at all, suggesting that kids’ heads are “a larger part of their body, and their necks are not as strong as adults’ necks. So kids may be at a greater risk of head and brain injuries than adults.”

As of 2015, studies show that flag football is the fastest growing youth sport in the United States, greatly outpacing the growth of traditional tackle football. Many individual high schools are making the switch to flag football over tackle, getting other schools in their regions to follow suit creating organized leagues and divisions. It’s even an officially recognized varsity sport in many states, and with women especially flag football is a way to allow easier participation versus the physical nature of tackle.And he’s not the only one. Recently Drew Brees was interviewed by Peter King for NBC’s pregame show and had some strong words on why he believes flag football is the answer. “I feel like flag football can save football,” Brees said. Brees coaches his son’s flag football team, and played flag football himself through junior high, never playing tackle football until high school. “I feel like (flag football) is a great introductory method for a lot of kids into football,” Brees mentioned. “Otherwise I feel it’s very easy to go in and have a bad experience early on and then not want to ever play it again. I feel like once you put the pads on there are just so many other elements to the game, and you’re at the mercy of the coach in a lot of cases too. And to be honest, I don’t think enough coaches are well-versed enough in regards to the true fundamentals of the game especially when the pads go on at the youth level.” Many other pro athletes and coaches have expressed similar sentiments as well, singing praises for the sport of flag football, and the rise in popularity of the sport echoes that.

Flag football isn’t a fluke or just a recreational development tool that feeds into tackle football, it’s a full-fledged movement that has it’s own identity and purpose and it’s time we recognized that distinction.