Sunday, November 27, 2022
Top Posts
Stocks rally to new record highs on strong jobs data and...
Congress passes $1.2 trillion infrastructure bill, major win for Biden
Dwayne Johnson, Ryan Reynolds and Gal Gadot go for the green...
These are the people who made history on election night in...
Social Security benefits get a bump, retirees need to do more...
‘We’re not perfect but we’re freaking trying’: Chloé’s on making fashion...
Judge rules against Blue Origin in standoff with SpaceX, NASA court
The trend of body shaming dressed up as a fitness goal...
Top baby names list for 2021 reveals familiar trends going forward
Daylight saving time: Why are we still changing our clocks twice...
SUBSCRIBE NEWSLETTERS 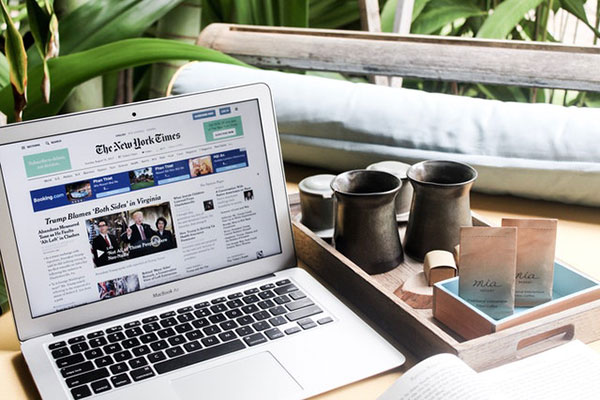 Reading the paper online and watching 24-hour news sites is becoming more and more popular. This is because it is cheaper and you get more news. You can see what is happening in the world, as it happens. You don’t have to wait until the next newspaper is released, like in the old days.

Do you remember when the war on Afghanistan began and we were able to watch the first invasion live on the news? That is how up to date things have gotten and we have never been more in touch with the goings on in the world, than we are today.

However, it is become better for people to get the best news on alternative news sites. This is because they are not biased. They are not affiliated with any political party and they can choose their own news and which articles they post. There is no agenda to their articles.

Therefore, it is important to know some of the advantages of reading the news on alternative news sites.

1. As mentioned above, they have the power over what articles they publish.

The only purpose they serve is to break the news. They are not feeding us news that has political connotations and they are not biased towards anything. The news you read on their sites is purely for news purposes.

2. They pick their topics.

They may have articles on their site that other news stations and websites might deem unworthy of the news. Furthermore, they don’t just focus on the bad news. You will be able to read happy things in the news and some of their articles are really educational.

3. They aren’t trying to sell you things.

Sometimes, when a newspaper is talking about a product or a special offer, they are trying to sell you something. However, with most online news sources, they are trying to educate you. When doing the research for this article, there was a link on an alternative news site on how to get phones for cheap. It was clicked and it was just assumed that there would be a gimmick or it would be asking for money. But, the link actually took you to an article, which showed you how to get cheap phones, but then also warned you on the dangers of auction websites and getting scammed. The article didn’t link to any auction website. It was purely educational.

4. Another good thing about alternative news sites is that they don’t get bogged down with rehashing things over and over again.

If you turn on a news channel or look on one of the well-known news sites, like Sky News, the only thing that they will be talking about is how cold it is in America, There are other things going on in the world right now. There are other things going on in America as well. We all know that the weather is bad and people are suffering but that doesn’t mean that we should ignore everything else.

They have sections on celebrity news, discovery news and they even have sections on funny videos and advances in technology and business. We don’t have to hear or read the same things over and over again. We know that murders happen and the economy is bad and they are things that we should know about, but what about everything else? CES 2014 is happening right now and there has been hardly any news coverage at all. These are things that are going to affect us in the future and we hardly know anything about them.

American Live Wire is a website that is dedicated to publishing the best news on the Internet. They pride themselves on being an alternate news source. They post the news that you would find on the most serious of news sites and then they have other news mixed in there as well. They have topics of news called controversy, good news, hilarious, video, showbiz, bizarre, off beat and discovery. They post all of their best under these topics. They also post issues on health and children who live their lives in the face of adversity.