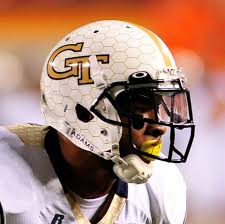 Georgia Tech football fans will soon see their favorite team back on the field for the 2012 season. The Yellow Jackets have finished their August training camp and look to be in good shape to start the season. Several players have missed practices due to injuries, but none are serious enough to miss the season opener. Tech’s top three rushers from last year, Tevin Washington, David Sims, and Orwin Smith, will return. The Yellow Jackets have been ranked #20 in the SI.com Preseason Top 25 poll.

On October 6 the Ramblin Wreck will travel to South Carolina to play the ACC rival Clemson Tigers. Georgia Tech will have October 13 off. Tech will host Boston College at home on October 20. The 2012 Homecoming game is scheduled for October 27 against Brigham Young University.

Head coach Paul Johnson will return for his 5th season at Tech. His use of the triple option offense has led to successful seasons at Georgia Tech. Johnson was named ACC Coach of the Year in 2008 and 2009. The Yellow Jackets have accepted a bowl bid each year that Johnson has been their head coach. He led the team to an 8-5 record in 2011 and an appearance in the Sun Bowl.

Tech’s Bobby Dodd Stadium, located in the heart of campus, is one of the country’s oldest college stadiums. Built in 1913, the stadium has been expanded several times over the years. The newest renovations were completed in 2009, and the stadium today seats 55,000 fans. Georgia Tech football fans can enjoy Friday Night Fan Fest before home games at Atlantic Station in midtown. The tail gate style celebration features food and live music from 6-10pm. Fans can see the Tech cheerleaders and enjoy the Yellow Jacket Marching Band. Admission to the event is free.

Sherron Kines-Hodge is the Director of Sales at the Hampton Inn and Suites Atlanta Airport Hotel. The Hampton Inn & Suites Atlanta Airport Hotel is just north of Hartsfield-Jackson International Airport and just southwest of downtown Atlanta. The hotel is two and a half miles from the Georgia International Convention Center and four miles from Atlanta Expo Center.

How to Find a Trustworthy Computer Repair Tech

Investing in the Right Tech Companies